This article is Part 1 is a two-part series by R. Evan Ellis on the challenges facing Chile’s next government. Part 2, focusing on the agenda items for a new government led by Gabriel Boric or José Antonio Kast, will be available on Thursday, December 16.

On December 19, Chile will conduct the second round of its presidential election[2], which will likely decide the direction of the country and shape the political dynamics of the region. The eloquent, left-oriented former student protest leader Gabriel Boric will face off against social conservative José Antonio Kast. It is a highly symbolic contest, posing a positive, if selective, narrative about Chile’s past and its remarkable transformation, against a new generation’s discontent with some parts of that transformation and the problems it has generated or failed to resolve.

For supporters of Kast, the legacy of the dictatorship of General Augusto Pinochet (1973-1990) was a relatively safe, conservative order, coupled with a well-functioning free-market economy, rule-of-law, and strong institutions that enabled Chile to achieve prosperity with remarkable rapidity. It is a romanticized memory of a Chile guided by a strong leader, functioning institutions, and a conservative, Catholic social order kept leftist radicalism and crime under control. In Kast’s Chile, the values of Chile’s previous generation must be preserved, in the face of the intrusions of cosmopolitan perspectives and alternative lifestyles that came with the nation’s prosperity, increasing levels of education, and expanding global engagement.

For Boric and his supporters, Chile’s remarkable development came with significant costs that must be addressed. These include injustices, inequalities, and groups excluded from that prosperity, such as Indigenous communities[3], women[4], and those identifying as LGBTQ[5]. In this vision of Chile, the 1980 constitution imposed by Pinochet not only unjustly preserved political and economic entitlements for the military[6], but locked in the power of Chilean economic and social elites and a range of ills even after the transition to democracy. The only way to remedy these problems is through the [7]process, now ongoing[8], of rewriting that constitution. Boric has promised to “bury” Chile’s neoliberal legacy[9], and he envisions the need for a stronger government role[10] in areas from education and healthcare to the environment.

The effect of polarization

Chile’s current conflict and increasing polarization[11], although shaped by the country’s unique historical context, culture, and economic development, bears remarkable parallels to the competing discourses in the United States between social conservatives in the heartland who supported Donald Trump and progressives such as Bernie Sanders and the youthful, outspoken U.S. Representative Alexandria Ocasio-Cortez (D-NY-14).

In Chile, as in the United States[12], today’s levels of polarization reflect a departure from the status quo, even if rooted in long hidden undercurrents. In the post-Pinochet era, Chile has traditionally alternated between the moderate left, most recently embodied by two-time former President Michelle Bachelet and her Concertación alliance, versus two-time center-right President Sebastian Piñera and his Chile Vamos coalition. Events of the past two years, however, have conspired to disrupt Chile’s centrist politics. This includes nationwide protests of October 2019[13], which exploded from a seemingly minor increase in subway fares in Santiago and gave rise to the Constituent Assembly process currently underway[14]. As in other parts of Latin America, Chile’s polarization was compounded by the socioeconomic stresses, fiscal limitations, and political frictions as the nation battled COVID-19[15]. More recently, the Pandora Paper scandal exposing offshore accounts and prima facie improper transactions by Chilean elites not only led to Piñera’s impeachment by the lower house[16], but also torpedoed the presidential candidacy of the prior frontrunner, center-right candidate Sebastian Sichel. With the frontrunner implicated in the scandal[17], many of Sichel’s voters in round one shifted to the more socially conservative, but less tainted candidate Kast.

What will the runoff elections bring?

Although Kast received more votes than Boric (28 percent versus 26 percent[18]) in the first round of Chile’s presidential election on November 21, it is likely[19] that Boric will win the second round on December 19[20]. The majority of those supporting center-left candidate Yasna Provoste (who received 12 percent of the vote) will probably vote for Boric[21]. On the other hand, the surprisingly strong finish of free-market economist Francisco Parisi, who finished in 3rd place with 13 percent of the vote, and the rebound of center-right candidate Sebastian Sichel, who finished in 4th place with 12 place, despite being implicated in the Pandora Papers scandal, shows that surprises are possible[22].

Provoste’s strong, publicly stated aversion[23] toward Kast makes the disposition of her 12 percent share of votes in the first round the easiest to predict; most will likely vote for Boric in the runoff[24]. It is less clear how those who supported Sichel and Parisi in round one will vote on December 19[25]. While Kast’s favorable orientation to the neoliberal economic policies of Chile’s past may be attractive to Parisi supporters, Boric’s message of tolerance may be more appealing to some them than Kast’s social conservativism. In the weeks between the first and second rounds of Chile’s elections, both Boric and Kast have moderated their rhetoric to appeal to the center of the electorate[26], including in the final presidential debate on December 13[27]. Low turnout in round one[28], the reluctance of Kast voters to admit their preferences to pollsters[29], a lack of recent polling due to Chilean election laws[30], and high numbers of undecided voters all add to the unpredictability[31].

In one scenario, a narrow victory by Kast could be bitterly contested by the Chilean left, including allegations of fraud, launching a new wave of protests and tainting the beginning of a Kast administration with perceptions of illegitimacy.

Implications of the Constituent Assembly

Adding to the importance of the December runoff, in May 2021[32], Chileans elected a Constituent Assembly, empowered to rewrite the nation’s Pinochet-era constitution. The Assembly is expected to produce a new magna carta with significant changes. The body is dominated by political newcomers, with only 37 members of the 155-member body representing the current government’s center-right Vamos coalition, compared to 47 independents, including 17 representatives of Chilean indigenous groups[33]. The assembly is led by Elisa Loncón, a Mapuche scholar[34] who has pledged that the document that the assembly under her leadership is writing will re-found Chile as a pluralistic nation[35].

The document is due from the Assembly in July, followed by a mandatory vote by all eligible Chileans three months later. It is possible that the new Constitution will be rejected by Chileans, meaning that the nation will continue with the current magna carta. On the other hand, if accepted, the Constitution will determine whether the current President continues in office until the end of his 4-year term, and whether he is eligible for re-election. Such authorization of reelection could create a potential scenario paralleling populist states such as Venezuela, Bolivia, and Ecuador in which a new Constitution creates the conditions to perpetuate a far-left president in office.

The relatively radical nature of the Constituent Assembly has arguably had an impact on the presidential election, alarming some conservative Chileans and leading some to vote for Kast—a candidate they would otherwise reject—to keep the left out of power.

Once either Kast or Boric takes office, they will face a range of issues in governing, from foreign relations and security to protecting the environment and attracting investment. I turn my attention to these issues in Part 2 of this series.

The ideas contained in this analysis are the sole responsibility of the author, without necessarily reflecting the thoughts of the CEEEP or the Peruvian Army. 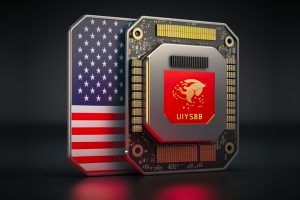 Subscribe to our newsletter to receive a monthly selection of our most interesting content in your inbox.

Designed by elypsis.pe | Powered by WordPress